The Azores, in the middle of the Atlantic Ocean, is an archipelago of nine islands showing nature in its purest state, and one of the largest whale sanctuaries in the world.

Among the resident and migratory species, some common, some rarer, you can see more than 24 different types of cetaceans in the waters of the Azores. There are also resident communities such as common dolphins and bottlenose dolphins, with which it is possible to swim, and there are whales that use the Azores as a migration route. Spotted dolphins, sperm whales, sei whales and baleen whales are more frequent in summer. Blue whales can easily be sighted in late winter. One thing is certain: whatever the season, there are always discoveries to be made.

The Azores are an ecosystem of unique features and waters rich in fish, so it is not surprising that whaling was an important activity in the past in many of the islands. Today, the whaling tradition has been transformed into a very popular tourist activity, and there are many points of departure, spread across the various islands, which serve as a base for those who want contact with these enchanting mammals, giving new meaning to the old cry: "Thar she blows".

On the Island of São Miguel, especially in Ponta Delgada and Vila Franca do Campo, there are several operators specialising in whale watching throughout the year. Blue whales, the largest animals on earth, measuring about 30 metres and weighing up to 150 tons, are frequently sighted in spring in the channel between the islands of São Miguel and Santa Maria.

On Terceira - either in Angra do Heroísmo or Praia da Vitória – there are various opportunities for whale watching, particularly tourist operators that offer programmes that combine accommodation with sea activities. Of the many species whose migration routes make them visible from the island, the majestic blue whale, which passes between Terceira and São Jorge in the spring and autumn, is especially worth seeing.

Faial forms the so-called "Triangle" with São Jorge and Pico, and the town of Horta is today one of the leading and most dynamic centres for observing and studying cetaceans in the archipelago. Several of the whale watching operators in Horta use as guides scientists and technicians connected with the University of the Azores, an institution whose main study and research centres are located here, collaborating with other international universities to conduct various programmes of study of the populations, migrations and routes of these huge marine mammals.

Pico is the island where the Azorean whaling tradition is most established, with operators in Madalena, Lajes and Santo Amaro. There are various museums and ethnographic centres where you can learn more about the history of whaling and where its traditional arts continue to be preserved, most notably the Whaling Museum and the Ocean Arts and Sciences Centre (SIBIL) in Lajes, and the Whaling Industry Museum in Santo Amaro. 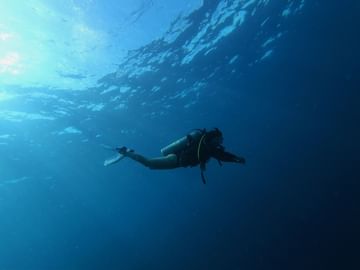 Imagine a place where whale sharks swim through crystal clear waters beneath you, dozens of devil rays swoop above, and curious blue sharks and huge pelagic fish explore the water with you. 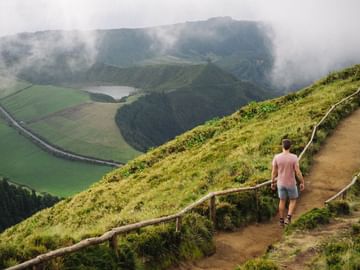 Whether you are a lover of quiet walks or an adrenalin junkie, the Azores have more than 60 hiking trails with all the conditions for walking safely. 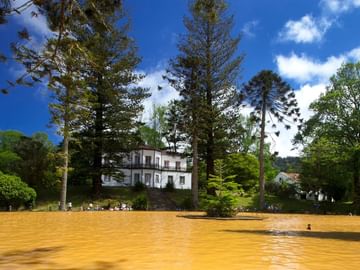 Terra Nostra Garden is a world reference for plant lovers and has already been awarded by Condé Nast Traveller in the category of "Best Green Retreats."